The Influenza Bomb by Paul McCusker and Walt Larimore 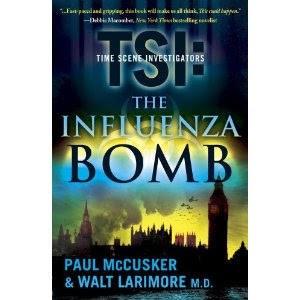 From the publishers website:
Masses of people are dying from a mysterious flu. While the TSI team searches for a cure, a notorious eco-terrorist group,Return to Earth, uses an influenza bomb to poison the water. It’s a race against time—with the outcome impacting the entire world.
By the time the team discovers that the terrorists are using the water supply to infect people, the sickness is spreading worldwide and no one has a cure. When Return to Earth makes off with a mysterious device called the influenza bomb with the intent to destroy all of mankind, Dr. Hutchinson must stop the contamination from being spread before it’s too late.

Thanks to Rebeca of Glass Roads for arranging for me to get a copy of this book for review purposes.

I was anxiously awaiting this book ever since I first saw that it was available for review.  I have always liked what Paul McCusker did on Adventures in Odyssey and was interested in what he could do with something aimed at adults.  I didn't realize that there was another book before this.  Even though this is a second book in a series you don't need to read the others to know what is going on in this one even though they do mention things that happened in the first book.

This book takes a very real topic and makes a very real thriller.  I think what makes this book so compelling is the fact that this scenario is a very real possibility.  Just coming off the winter with the H1N1 flu this book is not far fetched.    I liked that they gave so much info about the Spanish flu epidemic as I had not really know that much about it.

This book is a globe trotting adventure as the TSI (Time Scene Investigators) team takes us from Siberia to other parts of the world to try and determine where this flu started and where it is headed and how to save the human population from getting it so there is not another pandemic like the Spanish flu which they think killed at least as many as 50 million but could have
killed as many as 100 million.
I really enjoyed this book and will be definitely getting the first one The Gabon Virus. 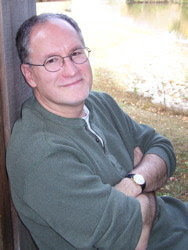 
Paul McCusker is the Peabody Award–winning writer and director of the audio drama Bonhoeffer: The Cost of Freedom and of the multiple award-winning audio dramatizations of The Chronicles of Narnia, Les Miserables, A Christmas Carol, Little Women, and his original series The Luke Reports (just nominated for the Audie Awards’ Best Audio Drama) and The Father Gilbert Mysteries (also nominated for the Audie Awards’ best production award).


He is also a writer and director for the long-running children’s program Adventures in Odyssey, writing not only over 250 audio episodes, but also scripting two of the animated video series and eighteen spin-off novels. For adults, McCusker has written the Gold Medallion–nominated Epiphany, The Mill House, and A Season of Shadows. His plays and musicals have been performed in community theatres across the country—one, A Time for Christmas, was a Dove Award nominee. McCusker currently has over thirty books in print, including the TSI series he is co-authoring with Walt Larimore, MD. He lives in Colorado Springs, Colorado. 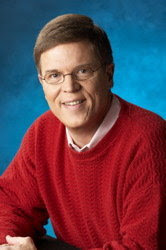 Walter L. Larimore, MD, has been called one of "America's best-known family physicians" and listed in “Distinguished Physicians of America,” “The Best Doctors in America,” and “Who’s Who in America.” As an award-winning writer, he was awarded the 2004 Christianity Today Book Award for co-writing Going Public with Your Faith: Becoming a Spiritual Influence at Work. He has been a Gold Medallion Book Award finalist three times—for the Going Public book and small-group video series, as well as his book The Highly Healthy Child. He also authored the popular Bryson City Tales books and co-authored the TSI series with Paul McCusker. He lives in Monument, Colorado.

Posted by detweilermom at 9:05 AM