The Chosen Twelve by James Breakwell

This is my post during the blog tour for The Chosen Twelve by James Breakwell. The Hunger Games meets Hitchhikers Guide to the Galaxy in this breathless survival thriller.

This blog tour is organized by Lola's Blog Tours and the tour runs from 18 till 31 January. You can see the tour schedule here. 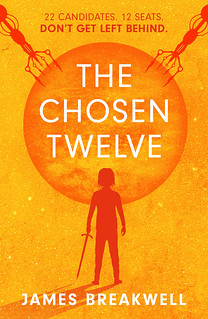 Blurb:
There are 22 candidates. There are 12 seats.

The last interstellar colony ship is down to its final batch of humans after the robots in charge unhelpfully deleted the rest. But rebooting a species and training them for the arduous task of colonisation isn’t easy – especially when the planet below is filled with monsters, the humans are more interested in asking questions than learning, and the robots are all programmed to kill each other.

But the fate of humanity rests on creating a new civilization on the planet below, and there are twelve seats on the lander. Will manipulation or loyalty save the day?

The Hunger Games meets Hitchhikers Guide to the Galaxy in this breathless survival thriller. 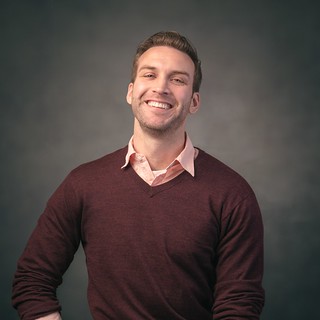 About the Author:
James Breakwell is a professional comedy writer and amateur father of four girls, ages ten and under. He is best known for his family humor Twitter account @XplodingUnicorn, which has more than a million followers. He has published three comedy parenting books that explore hot button issues like the benefits of doing as little as possible and the best ways to protect your child from zombie attacks. His fourth book, Prance Like No One’s Watching: A Guided Journal for Exploding Unicorns, teaches kids to find humor in the world around them while also avoiding the undead. The Chosen Twelve will be James' science fiction debut. He lives in Indiana, US.

For a chance to win, enter the rafflecopter below: a Rafflecopter giveaway 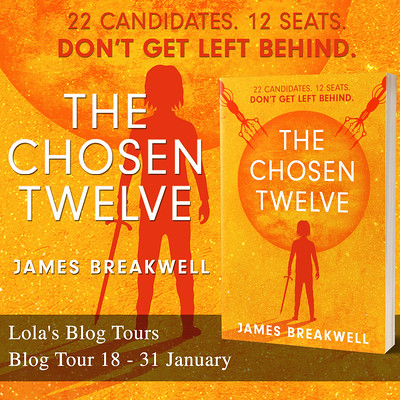 My Take: This was a fun book that deals with a dystopian future set in space in a space ship. The ship is run by A.I. who are suppose to train the children on board to colconize Earth. But some of the computers have gone bad and try to kill the children and some of them are still on the mission but have gotten stuck in the same place for 4000 days. This book started out with a bang and didn't let go of your throat till the very end. If it wasn't the computers trying to delete the humans and each other it is the humans trying to be chosen to be one of the twelve that gets to go down to colonize the planet. 12 out of 22 shoule be easy right well not really .
Posted by detweilermom at 1:52 PM No comments:

A Stranger's Game by Colleen Coble

This gripping new novel from USA TODAY bestselling romantic suspense author Colleen Coble will leave you on the edge of your seat until the very last page.

Even though Torie Bergstrom hasn’t been back to Georgia since she was ten, she’s happy to arrange a job for her best friend at one of the family properties on Jekyll Island.

But when Torie learns that her best friend has drowned, she knows it is more than a tragic accident: Lisbeth was terrified of water and wouldn’t have gone swimming by choice.

A fight for the truth.

Torie goes to the hotel under an alias, desperate to find answers. When she meets Joe Abbott and his daughter rescuing baby turtles, she finds a tentative ally.

The more Torie and Joe dig, the more elusive the truth seems. One thing is clear: someone will risk anything—even more murder—to keep their secrets buried.

Victoria Bergstrom almost forgot to breathe at the beauty of Georgia’s Jekyll Island. Standing at the railing, she watched the sunset gild the undulating tidal grass with gold and orange and continue to paint its spectacular hues on sand and sea as the boat made its way along the Intracoastal Waterway to the wharf. The Golden Isles was an apt name this time of day especially. Her gaze landed on the hotel, and her chest compressed.

Then again, maybe dread stole her oxygen instead.

The garrulous captain gestured toward The Wharf restaurant, perched at the end of the wooden walkway. “There she is. It’s a much prettier approach this direction instead of coming over the bridge. I still can’t believe those people blocked the bridge.”

Torie had planned to drive, but protesters advocating for the abolishment of the Federal Reserve had filled every inch of the bridge over the causeway to the island, and she hadn’t wanted to be stuck in traffic for hours. She shook her head. Did the protesters really believe marching would accomplish their goal? And besides, the Fed helped to protect against bank runs and depressions. It seemed insane to protest about it.

The boat docked, and she grabbed her carry-on bag to disembark. The rest of her luggage would be delivered tomorrow once she knew where she was staying. “Thanks for the ride, Captain.”

Her heels clattered on the wooden planks past the restaurant and a storefront for boating excursions, and onto the sidewalk onshore. Time slipped past in a shimmering haze as she crossed Riverview Drive, avoiding the ever-constant bikers, and approached the Jekyll Island Club Resort hotel.

The hotel that lived both in her dreams and her nightmares.

The tower in the left corner rose above the four-story structure, and the large wraparound porch beckoned visitors with thoughts of sweet tea and laughter with friends. She paused to tuck her white blouse into her navy skirt before she mounted the steps to the outdoor receptionist box guarding the doorway inside. It was unmanned at the moment, so she stepped into the hotel lobby. The scents of sandalwood and pine took her back to her childhood in an instant, and she swallowed past the constriction in her throat.

Audentes fortuna juvat. “Fortune favors the bold,” the Roman poet Virgil had said, and though being here brought out all her insecurities, Torie had to find her courage.

Little had changed through the years other than fresh paint and attentive maintenance. The ornate Victorian moldings gleamed with a gentle glow of wax, and the wood floors were as beautiful as ever. She had never wanted to step foot in this lobby again, yet here she was.

Torie raised her head with a confidence she didn’t feel and approached the resort’s front desk. “Torie Berg. I’m your new IT specialist.”

The alias flowed smoothly off her lips. She’d used it on her last assignment, and it was close enough to her real name to feel natural.

The blonde looked to be about Torie’s age of twenty-eight and wore an engagement ring. Her open, friendly expression was perfect for the check-in desk.

Torie froze and didn’t turn. While she didn’t think the older woman would recognize her, she couldn’t take the chance. The click of high heels went past her to the left, and she caught a glimpse of Genevieve Hallston’s lavender blouse, her signature color.

“Come to my office please,” Genevieve said to the housekeeper she’d hailed.

The stricken look on the middle-aged woman’s face said it all. Genevieve was on a tear about something, and it took all of Torie’s resolve not to intervene. She’d been sliced by the older woman’s razor-sharp tongue enough to know it wouldn’t be a pleasant conversation.

But she had to remember her mission. If anyone recognized her, her cover would be blown and all of her plans would be in ruins.

Visit these other great hosts on this tour for more great reviews!

Enter below to WIN:

My Take: I have enjoyed all the books I have read by Colleen Coble and this one is noe exception. I did find this one alittle more slower in the action but it still had alot of action. I was guessing till the very end who the bad guy was and I had no idea until it was revealed and I didn't have any idea why the bad guy was doing what he was doing. The romance was very slow in the building and I enjoyed the will they or won't they. I enjoyed all aspects of this story and I think you will too if you like thriller/mystery with a dash of romance thrown in. I received a review copy of this book from Partnes Crime Tours and was not required to write a positive review.
Posted by detweilermom at 9:23 AM No comments:

The Agency by Monica McGurk

The Agency by Monica McGurk When American orphan, Bree, arrives at Norwood College—the elite English training ground of nannies to the world’s rich and powerful—she knows that making it through the first year to land a spot in the coveted certificate program is the key to her future. She also knows she can’t go it alone, bonding quickly with her groupmates: an errant (and broke) nobleman, son of one of England’s oldest families; the ambitious and whip-smart daughter of a self-made immigrant; and the ditzy, husband-hunting daughter of a disgraced playboy aristocrat. What none of them realize is that there is more to Norwood than meets the eye: the school itself may unlock the secrets of Bree’s own shadowy past, and the classmates’ very lives will depend on their ability to work together to meet the dangers ahead. My Take: Even though this book is slow paced and alittle bit unorthodox, I found that the twists aand turns more than made up for that and kept me wondering what was going to happen next. I would give this book four stars and I anxiously wait for the next installment. Don't let the fact that this is a book about nannies fool you there is plenty of action packed thrill rides in this book. I never knew that being a nany could be so exciting. I recieved a review copy from the publisher and was not required to write a positive review.
Posted by detweilermom at 1:07 PM No comments: