Her Mother's Hope by Francine Rivers

The first in an epic two-book saga by beloved author Francine Rivers, this sweeping story explores the complicated relationships between mothers and daughters over several generations.
Near the turn of the 20th century, fiery Marta leaves Switzerland determined to find life on her own terms. Her journey takes her through Europe and finally lands her with children and husband in tow in the central valley of California. Marta’s experiences convince her that only the strong survive.
Hildie, Marta’s oldest daughter, has a heart to serve others, and her calling as a nurse gives her independence, if not the respect of her mother. Amid the drama of WWII, Hildie marries and begins a family of her own. She wants her daughter never to doubt her love—but the challenges of life conspire against her vow. Each woman is forced to confront her faulty but well-meaning desire to help her daughter find her God-given place in the world.

I received a copy of this book from Paul of Author Marketing Experts, Inc. for review purposes.

This book like so many of Francine Rivers books touched me deep inside.  When I first started reading the very first chapter I was drawn in by what was happening inside this family that I could hardly take a breath.  I applauded Marta for standing up for what she believed in no matter what she knew it would cost her.  My heart went out to both Marta's mother and Elise as they seemed to be stuck in situations that they really had no control over.  I just wanted to shake Marta's father for the part he had played in all of this.  And that was just in the first couple of chapters.
This is the first in a two book sereis and I will be anxiously awaiting the next one.  Definetly a good read, and I would give it a 4 1/2 stars out of 5. (1/2point off for the cliffhanger at the end). 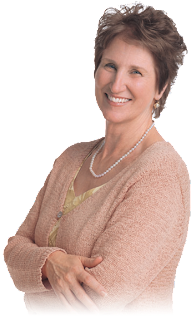 Francine Rivers began her literary career at the University of Nevada, Reno, where she graduated with a Bachelor of Arts degree in English and Journalism. From 1976 to 1985, she had a successful writing career in the general market and her books were awarded or nominated for numerous awards and prizes. Although raised in a religious home, Francine did not truly encounter Christ until later in life, when she was already a wife, mother of three, and an established romance novelist. Shortly after becoming a born-again Christian in 1986, Francine wrote Redeeming Love as her statement of faith. First published by Bantam Books, and then re-released by Multnomah Publishers in the mid- 1990s, this retelling of the biblical story of Gomer and Hosea set during the time of the California Gold Rush is now considered by many to be a classic work of Christian fiction. Redeeming Love continues to be one of the Christian Booksellers Association’s top-selling titles and it has held a spot on the Christian bestseller list for nearly a decade.
Since Redeeming Love, Francine has published numerous novels with Christian themes – all bestsellers-- and she has continued to win both industry acclaim and reader loyalty around the globe. Her Christian novels have been awarded or nominated for numerous awards including the Rita Award, the Christy Award, the ECPA Gold Medallion, and the Holt Medallion in Honor of Outstanding Literary Talent. In 1997, after winning her third Rita award for Inspirational Fiction, Francine was inducted into the Romance Writers’ of America Hall of Fame. Francine’s novels have been translated into over twenty different languages and she enjoys best-seller status in many foreign countries including Germany, The Netherlands, and South Africa.

Francine and her husband Rick live in Northern California and enjoy the time spent with their three grown children and every opportunity to spoil their five grandchildren. She uses her writing to draw closer to the Lord, and that through her work she might worship and praise Jesus for all He has done and is doing in her life.

Posted by detweilermom at 10:34 AM