Last To Die by Kate Brady Review and giveaway 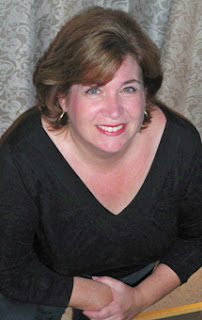 Kate Brady began writing fiction when her doctoral research became tedious. For years, she wrote in the closet, penning several novels that—thankfully—remain there. Now, she leads a double life. Some days, she’s a choral conductor and professor of music education. Other days, she plays with imaginary people on her computer.


Kate lives in Atlanta with her husband, two children, and an array of furry, feathery, and scaly things. When she has time to read, her nose is most often found in a police story or gourmet cooking magazine! She is currently working on her next novel.

A ruthless killer hides in plain sight, someone no one believes is capable of murder. Within a week, six women will be murdered, all punished for their dark pasts. Detective Dani Cole is determined to track down this serial killer whose victims include a young woman she pulled out of a life of crime. Her investigation leads her to a photography foundation and the renowned photographer Mitch Sheridan, a man she she fell in love with years ago but has tried to forget. Dani and Mitch are instantly attracted to each other again, though their troubled pasts keep them from getting too close. Together, through the course of the investigation, they unearth a dark chain of deception that leads to a killer who is closer than they think.

Boy was this a great book!!  I really liked the mystery about who was doing the killing (one of the things I did not like about the book was I think the killer was revealed too soon, but the book was still suspensful).  The back stories of both Dani and Mitch were interesting and tended to explain their reactions and attitudes.  There wasn't too much language or sex in the book but it did have some.  I found myself staying up late to finish the book when I had about a 100 pages left because I just had to find out how the whole thing was resolved.  I would recommend this book if you like thrillers and mysteries.

Five Fun Facts
1. Mitch Sheridan, the hero in Last to Die, was originally the hero in a romance I wrote when I was still an author-in-search-of-a-genre.


2. When investigating the possibilities for an acid for a villain to use, I had to “come clean” with colleagues in the department of chemistry at the university where I teach, and reveal that in my other life, I write novels

3. I didn’t intend to have a dog in this book but gave one to Dani, the heroine, after my own beloved and elderly dog passed away. Dani needed a softer side, I was apparently feeling lonely for her, and besides, what better way to show heart than to adopt a beat-up pit bull?

4. The physical building on which the JMS Foundation is based is an actual castle in the town where I grew up. When I was a kid, it was a family home, and we were in awe that it had a legitimate ballroom. Now, it’s a fine arts facility known as The Arts Castle.

5. Mitch’s car, a pearl-white 1968 Barracuda, has been sitting in my garage for years. It’s the project-car I bought my husband for our first anniversary. He works on it whenever time allows — about every other Father’s Day.


I received a copy of this book for review purposes.

I have five copies of this book to give away.   Only residents of US and Canada and no PO boxes.  Leave  a comment on book giveaway page.  Runs through Midnight Sept 24th.

Posted by detweilermom at 10:36 AM