The Black Madonna by Davis Bunn

The Black Madonna by David Bunn

Gentleman Adventurer" Davis Bunn delivers an international thriller of elusive treasure, desperate measures, and a race against death's clock with The Black Madonna. Capitalizing on the successful introduction of Storm Syrrell in Gold of Kings, Bunn brings Syrrell back for this epic tale.


Antiquarian Storm Syrrell is in desperate need of cash. When a nameless, faceless client calls her with a request to track down a non-existent antique rumored to bear miraculous healing in its being, Storm should say no. But the man's pockets are deep.

What desperation leads a man to pay millions for a glimpse of hope?

Storm hopes the answer won't be the death of her business...or her. 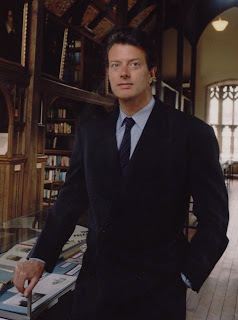 Known by his fans as the, "Gentleman Adventurer" Davis Bunn is a multi-award winning best-selling author who consistently delivers engaging stories and thrilling adventures. He has served as the Novelist in Residence at Oxford University for the past ten years and was recently invited into BAFTA (British Academy of Film and Television Arts).

Davis Bunn is a lover of adventure in many forms, including his decades-long involvement in surfing (yes, he's been bitten by a shark). Fluent in three languages, Bunn's travels include Europe, Asia, Africa, and the Middle East. He and his wife, Isabella, divide their time between homes in England and Florida's West Coast.

Learn more about the unique life and mind of Davis Bunn at http://www.davisbunn.com/.

My Take:  This is the second in a series about Storm Syrrell the first being

.  You don't need to have read this book before you read The Black Madonna but you will want to pick it up because you will want to read more about Storm and her adventures.  This books that you don't need to have language and sex to have a great mystery thriller.  The story had me wanting to keep reading just to see what would happen next.  Highly recommend this book.

You can read an except of this book here.

I received a review copy of this book from Glass Road PR.