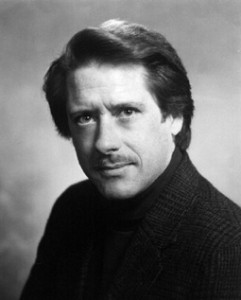 G.F. Skipworth has toured much of the world as a concert pianist, symphony/opera conductor, composer, vocalist and opera coach. Along the way, however, he also worked as a speechwriter, in comedy and as an academic author. His formal education includes Whitman College, Johns Hopkins, Harvard and UCLA. As he describes it, one day he sat down to write a fourth symphony, but a four-volume fantasy series came out instead, which he affectionately refers to as a “shoot ‘em up clang clang.” Following the “Fables of the Carpailtin Campfire,” he wrote a fantasy based upon the twenty four poems of Franz Schubert’s great song-cycle, “Winterreise (Winter Journey.) Moving on to historical fiction, he released “Stormfield – Tales from the Hereafter,” based on Mark Twain’s final incomplete work. Dr. Skipworth often refers to “The Simpering, North Dakota Literary Society” as his personal favorite, although writing dialogue for a cameo appearance by the razor-sharp Dorothy Parker was maddening, even worse than for Mark Twain (at least he paused to light a cigar now and then.) Currently, he resides in Portland, Oregon with his wife Barbara, where he serves on the faculty of Lewis & Clark College. Upcoming works include “The World-Weary String Quartet of Alliance, Nebraska” and “The Madonna of Dunkirk.” Please visit G.F. Skipworth’s site at rosslarebooks.com.


Card shark and ex-nun Farika Zingarella won the town of Simpering, North Dakota in the greatest card game ever played at The Huffy Hussy Casino & Billiards Parlor. Gathering five female geniuses to her side, she assembled a sisterhood so powerful that even the United States government had to watch its step. There wasn’t much to laugh about in 1919 – World War I had ended, fascism was already rising in Italy and American women took up the suffrage question. Then along came The Literary Society. You’ve never lived in a town like this!


My Take:  This was a great Adventure in the lives of the women who run the town of Simpering, North Dakota.  This story is filled with quirky characters that keep you entertained throughout the entire book.  Imagine a Nun winning an entire town in a card game and that is just the beginning.  The books addresses several of the issues that women where struggling with right after World War 1 like the right to vote.  If you are looking for an entertaining tale filled with interesting characters this is the tale for you.

Here is an except of the book taken from Pump Up Your Book.

Edielou Zingarella chose not to marry. Among the possible reasons for avoiding it, she cited neither lack of time nor interest. Indeed, she gave it a great deal of careful thought, sitting up nights for almost two weeks adding and subtracting the numbers, figuring the rate of interest and upkeep costs. She figured the capital lost to the bartenders and the local pool sharks, clothing for the mistress and flowers for the funeral following the discovery of his infidelity…and it just didn’t add up…all that waste was just too much for a well-ordered fiscal mind. In the end, every indication pointed to marriage as a financial tar pit, an endless abyss from which lost funds would likely never be recovered. And so, her pages of penciled calculations went into the wall safe along with every one of that year’s rejected loans…almost every application submitted. Edielou declined to visit those numbers ever again, and no suitor ever made it into her garden, much less down its path. Well, that’s not entirely true…Hank Wiessenschtanker almost made it, but Edielou’s Great Dane Henrietta headed him off at the swinging gate just short of the weeping willow. If this whining, poetry-spewing flower-bearer thought for a moment that he would ever gain the secrets to the wall safe, or that anyone in this house would deign to be paraded about as Edielou Wiessenschtanker, he was in immediate and dire need of correcting. That was as close a brush with the grim specter of shared wealth as Edielou ever had, but at least she stopped harumphing at every man she saw on the street after a month or two. Her resolve buttressed the flagging matriarchal creed, and not a solitary woman in Simpering would change her name out of matrimonial necessity for another thirty years…and even that occurred in a weak moment for the sake of a departing soldier. Why, no sooner did he set foot on French soil than she headed straight for the courthouse and changed it right back…Edielou Wiessenschtanker, indeed!

Thanks to pumpupyourbook.com and G. F. Skipworth for a sending a copy of this book for review purposes.

Posted by detweilermom at 9:36 AM