It is time for a FIRST Wild Card Tour book review! If you wish to join the FIRST blog alliance, just click the button (in the sidebar). We are a group of reviewers who tour Christian books. A Wild Card post includes a brief bio of the author and a full chapter from each book toured. The reason it is called a FIRST Wild Card Tour is that you never know if the book will be fiction, non~fiction, for young, or for old...or for somewhere in between! Enjoy your free peek into the book!
You never know when I might play a wild card on you!

Today's Wild Card author is:
Loree Lough
and the book:

***Special thanks to Cathy Hickling of Whitaker House for sending me a review copy.*** 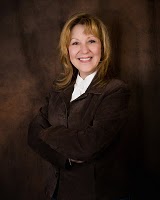 At last count, Loree had 73 books (fiction and non-fiction for kids and adults; one novel optioned for a TV movie; and many more slated for release), 63 short stories, and more than 2,500 articles in print. Her stories have earned dozens of industry and "Readers' Choice" awards. A frequent guest speaker for writers’ organizations, book clubs, private and government institutions, corporations, college and high school writing programs and more, Loree has encouraged thousands with her comedic approach to ‘learned-the-hard-way’ lessons about the craft and the industry.

The hot, sticky air in the banker’s cluttered office made it hard to breathe. Josh ran a fingertip under his stiff collar as the image of cows, dropping by the thousand, reminded him of why he’d come to San Antonio. Selling a couple thousand uncontaminated acres from his family’s ranch, the Lazy N, was the only way to protect the land that remained until they were able to get the anthrax infection under control.

He did his best not to glare at the decorous Bostonian, Griffen, sitting beside him. It wasn’t the Swede’s fault, after all, that the disease had killed so many of the Nevilles’ cattle. In his shoes, Josh would have snapped up the land just as quickly. Trouble was, now this la-di-da Easterner would move to Eagle Pass, bringing his never-been-out-of-the-city wife and children with him. Worse yet, Josh had a sneaking suspicion that the former printing press operator would make a regular pest of himself by asking about the Texas climate, irrigation methods, when to plant, and only the good Lord knew what else. If that didn’t earn Josh a seat closer to the Throne, he didn’t know what would.

Few things agitated him more than sitting in one spot. Especially indoors. Confusion at how these fancy gents managed to look so calm and cool only added to his restlessness. He hung his Stetson on his left knee, mostly to occupy his hands in some way. Now, as the banker explained the terms of the agreement, Josh stared hard at the bloodred Persian rug under his boots and searched his mind for something else to focus on, anything other than the wretched document that would transfer ownership of Neville land to this foreigner. Moving his Stetson to his right knee, he remembered the day he’d bought the hat, and how he’d purchased another just like it one year later, when business at the Lazy N had put him back in Garland. One for riding the range, one for his wedding.

Strange, he thought, how Sadie could appear in his mind’s eye from out of nowhere, even after three long years without her. He forced her from his mind. This get-together was more than painful enough without his dwelling on the most agonizing period of his life. Josh exhaled a harsh sigh, hoping the banker and the Swede hadn’t heard the tremor in it. For his agitation, he blamed the oppressive heat. His empty stomach. The ten-day ride from Eagle Pass that had left him so bone-tired, he couldn’t sleep, even on the hotel’s pillow-soft mattress. A body would think that an establishment with Persian rugs and velvet curtains could afford to provide some cold water for its clients, he thought, loosening his string tie as Griffen asked yet another inane question. Father, give me the strength to keep from grabbing those papers and hotfooting it out of here without making the deal! he prayed silently.

Sadly, his thoughts were doing little to distract him from the grim truth.

He had cast the single dissenting vote at the family meeting, and the decision to sell the land had become even more odious to him when it had been decided that, as the only Neville with a law degree, Josh would be responsible for transacting the sale. He groaned inwardly at the sorry state of affairs, leaning forward to hide the tears that burned in his eyes. He loved every blessed acre—especially those acres—that made up the Lazy N. He’d built a small but solid home for Sadie and himself on that section of the ranch, and having to hand it over to someone else hurt almost as much as burying Sadie had.

Griffen, God bless him, had been the one to suggest that Josh hold on to the precious acre where she had been buried, along with their twins, who had died at birth. When Josh had asked permission to visit their graves from time to time, Griffen’s pale eyes had darkened a shade, and he had said, “I’d be a wreck in your position. We will build a fence around the land to make sure your little family is never disturbed.” But Josh had known, even as he’d nodded in agreement, that having to cross Griffen property to reach his family would only heap one misery atop another.

Josh grabbed his Stetson and, with his elbows propped on his knees, spun it round and round as he watched, through the window, three men and a woman dismount sweaty horses. They looked as tense and restless as he felt, and he wondered what unfortunate family business had brought them to the bank today.

He accepted the banker’s fountain pen. As its freshly inked nib hovered over the document, a bead of sweat trickled down his spine, and he felt a disturbing kinship with the fat hen his ma had roasted for dinner last Sunday.

Outside, the wind blew steadily, swirling street grit into tiny twisters that skittered up the parched road before bouncing under buggies and scurrying into alleyways. Even the burning breeze would feel better than this choking heat. “Mind if I open the window? I’m sweatin’ like a—”

“I’d much rather you didn’t,” he said, peering over the rims of his gold-trimmed spectacles. “The wind is likely to scatter our paperwork hither and yon.”

Hither and yon, indeed. Josh had read sayings like that in literature, but what kind of person actually used that sort of language in everyday speech? His musings over the annoying situation were interrupted by the sounds of shuffling footsteps and coarse whispers from the other side of the banker’s office door.

The commotion put a stern frown on Schaeffer’s heat-reddened face. “I declare,” he said through clenched teeth, “I can’t take my eyes off that fool assistant of mine for fifteen minutes without some sort of mayhem erupting.” Blotting his forehead with a starched white hanky, he continued grumbling, “Looks like I’ll have no choice but to replace him.” Shoving the eyeglasses higher, he lifted his chin and one bushy gray eyebrow—a not-so-subtle cue for Josh to sign the paper.

So, gritting his teeth, Josh inhaled a sharp breath, scratched his name on the thin, black line, and traded the pen for the banknote Schaeffer handed him.

On his feet now, Griffen grabbed Josh’s hand. “T’ank you,” he said, shaking it, “been a pleasure doing business wit’ you, Neville.”

Unable to make himself say, “Likewise,” Josh forced a stiff smile and pocketed the check. “You bet.” God willing, the worst was behind his family now.

The burnished, brass pendulum of the big clock behind the banker’s desk swayed left with an audible tick as the men prepared to go their separate ways.

It swung right as gunshots rang out in the lobby.

Schaeffer and Griffen ran for the door, but a flurry of activity outside drew Josh’s attention back to the window.

It was the foursome he’d seen earlier, now scrambling up into their saddles. A lumpy burlap sack rested on the meaty rump of the biggest man’s mount, and sunlight glinted from his pistol.

Now Josh knew why the bunch had looked so nervous before. They’d been just about to rob the bank! He yanked out his sidearm, pulled back the hammer with one hand, and threw open the window with the other, hoping to get off a shot or two before the robbers were swallowed up by the cyclone of grit kicked up by their horses’ hooves.

Perched on the sill, Josh took aim at the shoulder of the fattest bandit, just as the woman’s pony veered right, putting her square in the center of his gun sight.

She looked back as Josh released the pressure on the sweat-slicked trigger.

Quick as you please, she faced front again, her cornflower blue skirt flapping like a tattered sail as she was swallowed up in a thick cloud of dust.


Posted by detweilermom at 9:01 AM