'Til Death Do Us...' A True Crime Story of Bigamy and Murder by Patrick Gallagher 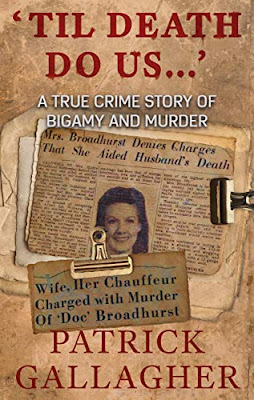 'TIL DEATH DO US...'
Patrick Gallagher
True Crime

In August 1945, Gladys Lincoln of Sacramento contacted prosperous Dr. W. D. Broadhurst of Caldwell, Idaho, and rekindled a romance from twenty years earlier.  After many passionate letter exchanges and several sexually-charged meetings, they were married in Reno, Nevada on May 20, 1946.  After a passion-filled three-day weekend together, the doctor returned to his home in Idaho, and Gladys returned to Sacramento … and to her husband, Leslie Lincoln! But Gladys was much more than a bigamist.

Gladys needed something even she didn’t understand.  She married her first husband when she was 20, and her second husband only 14 months later.  The second marriage lasted only two years, the third less than 16 months.  Leslie Lincoln was her fifth, and Dr. Broadhurst became her sixth. But what desperate need drove her to go from marriage to marriage?

Then what dark mindset moved her and her young cowboy chauffeur to commit murder? Find out in ‘TIL DEATH DO US …’ the gripping new true crime from WildBlue Press author Patrick Gallagher whose grandfather was Gladys’ lead defense attorney during her sensational trial.

What is it about Gladys that just doesn’t feel right?  When first meeting her, she comes across so well.  She is attractive and a good conversationalist.  She is outgoing and friendly and has a winning smile.  But it is not so much how she relates to you when with her as much as a realization that comes to you over a period of time knowing her.  Her judgments are poor and her decision making is downright disastrous.  She sounds friendly when speaking with her, but you come to understand that she is just playing a role.  She really doesn’t care about you or anyone else besides herself.  In time you come to realize that she seems to have frozen at about age 13 and has not matured beyond that point.  She was like the character in the J.M. Barrie play, “Peter Pan, or the Boy Who Wouldn’t Grow Up.”  It’s as if Gladys refused to become an adult woman, preferring the undisciplined and carefree life of a teenager.

One oddity of Gladys’ personality was perhaps a result of her inability or unwillingness to grow up.  She loved the movies.  Of course, many adults love going to the movie theater, but for Gladys it was like psychotherapy.  She seemed so impressed by the movies, perhaps “impressionable” is more accurate.  If she saw a movie she particularly liked, she would often emulate her favorite character or situation in the movie.  Bette Davis and Ingrid Bergman were her idols, but she had a whole list of femme fatale actresses that she admired.  Perhaps it had something to do with the war being fought at such great cost to American lives, but the movies released in the 1940’s were heavy on drama and suspense.

One movie that had a powerful impact on Gladys was “Leave Her to Heaven,” starring Gene Tierney as Ellen Berent who meets the novelist Richard Harlan, played by Cornel Wilde, on a train.  The stunningly beautiful but psychotically jealous Ellen ultimately proposes marriage to Richard.  As her jealousy causes the marriage to disintegrate, Ellen turns to murder and finally creates the ultimate revenge scenario.

At one point, Ellen is reading over Richard’s shoulder as he writes his novel, as he types, “’Will you marry me?’ he said.”

Ellen: “Good grief!  ‘Will you marry me?’  In the first place, men never propose.  They think they do, but it’s really the woman.”

Richard: “Who told you that, Ripley?”

Ellen: “And when men do propose, they never say, ‘Will you marry me?’”

After some more discussion, Ellen asks, “How did you propose to me?”

Ellen: “You didn’t, I proposed to you.” (Then she grabs his face and pulls it to her and gives him a huge kiss) …. “Remember?” 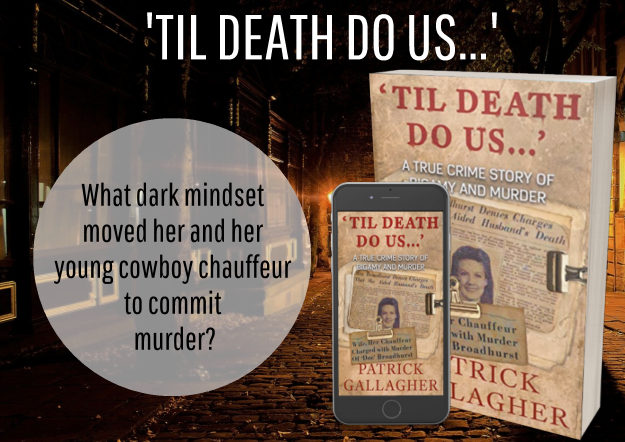 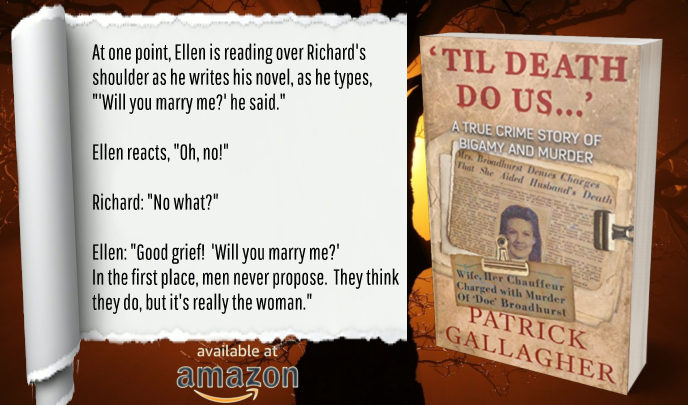 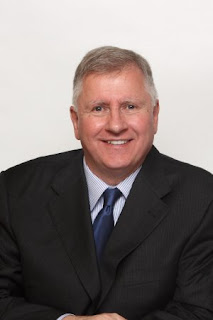 Many have set about in life to tell stories that amaze others. Patrick Gallagher had no such ambition. However, some stories grip us by the collar and demand they be told to the world, and this is what Patrick has been challenged to do. He has been a “jack of all trades, master of one,” the “one” being a U.S. Customs Broker and logistics specialist. But over the curse of a lifetime Patrick has worked as a farm laborer, forest fire fighter, process server, retail store manager, preacher, ware-houseman and dishwasher. However, founding and managing a business in international logistics was the career he loved.

Now retired, Patrick and his wife enjoy their four children and twelve grandchildren, and their home at the foot of the Rocky Mountains in Denver, Colorado.

My Take: If you like true crime you will probably like this book. This book is about Gladys Lincoln and her many marriages and her one marriage that was while she was already married and her murder of one of her husbands. This explains her motive and gives you Gladys's perspective. I received a review copy from Pump kUp Your Book and was not required to write a positive review.
Posted by detweilermom at 7:30 AM