Flynn and Miranda : Your Right to Remain Silent by Joseph B. Wallenstein

By Joseph B. Wallenstein 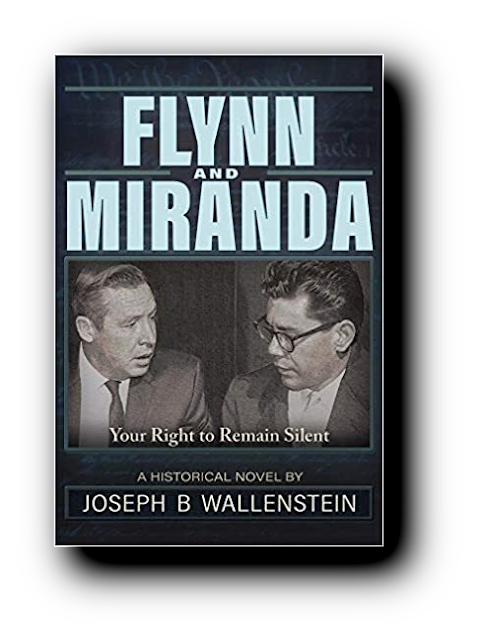 “Mirandize” is now a common verb, it will soon be an uncommon book.  “Flynn and Miranda: Your Right to Remain Silent,” an historical novel written by Joseph B. Wallenstein debuts on Amazon and other outlets on March 13. Published by TrineDay Publishing, the book is a fictional account of a true story. The release date coincides with the 58th anniversary of Ernesto Miranda’s arrest in 1963 for kidnapping and rape. The criminal case, Miranda v. Arizona (1966), would make his name a household word.

This case arose following the arrest of Ernest Miranda, who was accused of kidnapping and raping a young woman near Phoenix.  The victim identified Miranda in a lineup, and law enforcement questioned him. No one told him he could refuse to answer questions or seek assistance from a lawyer. Under police questioning, Miranda confessed to the crime of which he had been accused.

In his instruction to the jury at trial, the judge said he had allowed Miranda’s confession as evidence despite the objections of the defendant’s court-appointed attorney, who claimed that his client had been forced to admit guilt. The judge emphasized that the jury was free to decide whether Miranda’s confession had been voluntary or coerced. Significantly, the judge ‘s final words of instruction raised the constitutional issue that eventually brought Miranda’s case to the U.S. Supreme Court.

Constitutional issues inevitably arise when government efforts to prevent crime clash with the need to protect those accused of the crime. Convicted of kidnapping and rape and sentenced to twenty to thirty years, Miranda petitioned the U.S. Supreme Court from his prison cell. Although an earlier court had upheld the conviction, the U.S. Supreme Court accepted his case in 1966 because it realized unresolved issues existed about the constitutional rights of an accused person that the Court wanted to clarify and settle. Resulting from the legal community’s confusion over a previous decision, there was disagreement among law enforcement officers and trial judges across the country on how to apply the decision.

In this historical saga, “Flynn” is John Flynn, the constitutional attorney who was enlisted to take up Ernesto Miranda’s conviction for kidnapping and rape in Phoenix. A highly regarded defense lawyer, who was recruited for his case by the American Civil Liberties Union (ACLU), Flynn argued that the Arizona police had behaved unconstitutionally because they did not inform the suspect, Miranda, of his right to remain silent – rather than assume the risk of providing incriminating evidence to his police questioners.

The Supreme Court agreed with John Flynn’s arguments for Miranda and struck down the lower court’s decision. Writing of the Court’s decision, Chief Justice Earl Warren said that the Miranda case raised issues that “go to the roots of our concepts of American criminal jurisprudence,” and the restraint society must observe to be consistent with the true U.S. Constitution in criminal prosecution. The Warren Court’s ruling was a reaffirmation of the Fifth and Sixth Amendments.

In his novel, writer Joseph B. Wallenstein invigorates and amplifies the legal interpretation of Miranda; he puts it in the context of a human story. Thus, with his insightful human dimension, Wallenstein’s book makes it accessible to intelligent mainstream readers. In that fuller dimension, “Flynn and Miranda” illuminates the decision beyond the legal-ese explanation. “It is the telling of the last, great, true story of the 20th century,” Wallenstein says.  “When I interviewed Mr. Flynn, he said to me, ‘I have been asked about the cause a thousand times. You are the only one who ever asked me about the price I paid for my involvement.’”

Wallenstein crystallizes the magnitude and breath of the decision: “Everyone has heard of the right but not one in a thousand, even lawyers, knows how those rights came to be or who paid the price to achieve them. Two men from opposite ends of the human social spectrum who came together in one blazing moment of legal history and how that moment changed their lives and the lives of all Americans. At its core, Flynn and Miranda is about fairness and how much that matters in America.”

Author Wallenstein was interested from the beginning — the night Miranda was killed. The author has a track record in storytelling, having produced two highly-successful TV series, Knots Landing and 7th Heaven. He has also written two previous books about film production and safety in professional filming:  Practical Filmmaking: A Handbook few the Real World and Nothing Dies for Film and currently serves as Director of Physical Production in the School of Cinematic Arts at the University of Southern California.

“Research only made me more determined to tell the story. To be frank, in the wake of Miranda, some patently guilty individuals did go free. The great effects of the decision forced police work into the scientific era and resulted in the creation of the Criminal Code, now in place in all fifty states,” Wallenstein says.

The Supreme Court’s ruling has been controversial and criticized in law-enforcement quarters and has inevitably entered the mainstream: “You have the right to remain silent” has become embedded in the English language because it has been stated in all 456 episodes of ‘Law and Order’ and every other show or movie involving police action,” Wallenstein notes.

In “Flynn and Miranda,” author Wallenstein unveils the persona side of the momentous precedent, strips away the legal jargon and fleshes out the decision in understandable human terms.  John Flynn and Ernesto Miranda, we find, possess commonalities: Flynn had been married five times, Miranda was a convicted sexual predator.  Wallenstein’s book presents the profound personal tolls it took on Flynn, delving deeper into the fiber of what went into the ultimate ruling and the legal precedent it set. Accordingly, “Flynn and Miranda” is approachable for mainstream readers; it can reach and enrich the layman’s view.

“’Flynn and Miranda’ was born to be a movie. All my books are designed to translate to either a film or TV series,” Wallenstein says, acknowledging his NYU background where he earned a Bachelor of Business Science degree in Motion Pictures, Television and Radio Production and Direction. “With so much political turmoil currently in our country and the notion of the 5th Amendment tossed around so casually, I felt this might be the time to tell the story…at no time is your liberty more precious than when it is unpopular,” Wallenstein quotes from a page in his book, his personal favorite: “It cries out to the public to take their liberty seriously, embrace it, and protect it.”

Wallenstein envisions a readership that goes beyond lawyers, or constitutional scholars. “I believe my readers will be aspiring law students, people generally curious about the origin of the phrase they have heard their whole lives, police officers and women who can rise above their distaste for Miranda and appreciate the magnitude of the Supreme Court decision.”

Check out my book at Goodreads! 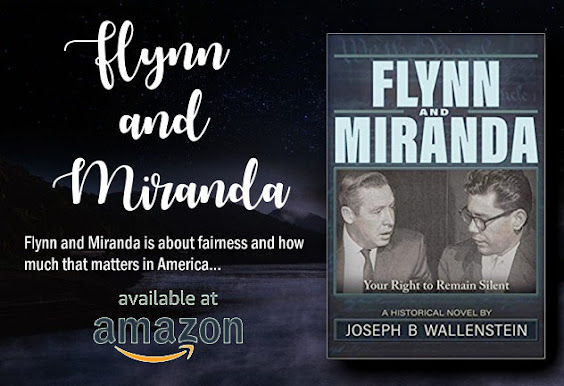 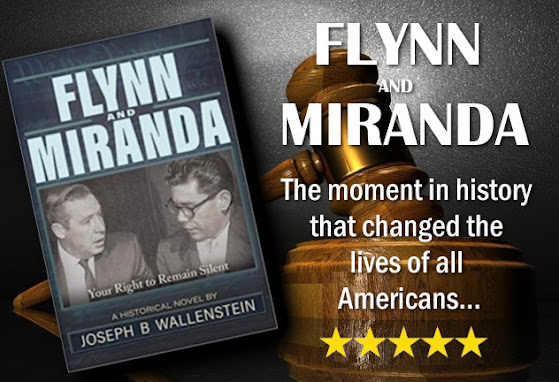 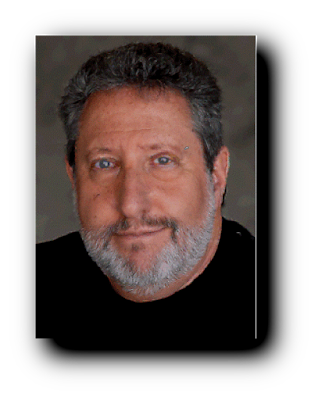 Prior to his role as start-up producer of the hit CW series, 7th Heaven, Joe Wallenstein was the first producer, as well a writer and director of multiple episodes of the long-running hit series, Knots Landing (1979-1983). He was supervising producer of Jake and the Fat Man, in Hawaii (1987-1988.) In addition, he produced The Clinic, shot in New York City. Wallenstein has produced numerous television movies, pilots, and mini-series. Throughout his more than 40 years in the industry, Wallenstein has been an assistant director, associate producer, and producer. He is a Director member of the Directors Guild of America as well as a member of the Writers Guild of America West. Joe is expert in all aspects of physical production, scheduling, budgeting, location filming, stage work, union, and non-union shows. He has worked in Europe, Mexico, Canada, and most of the major cities of the United States. Joe has worked in production capacities on such feature films as the Godfather, The Paper Chase, A new Leaf, Paper Lion, For Love of Ivy, and American Hot Wax. Currently, Wallenstein oversees and administers all aspects of filming by the more than 700 students making over 1500 films each year at the University of Southern California School of Cinematic Arts. His tri-annual safety seminars are a unique and highly sought after facet of Cinematic Arts education. Joe is known for consulting, lectures, seminars, and personal appearances.

Find out more about Joe at IMDb. 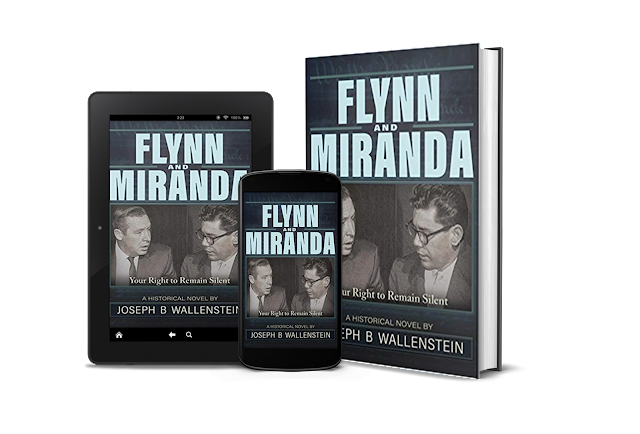 My Take: Did you ever wonder how they came up with the Miranda Rights? Well this is the true story told in a historical novel.. John Flynn fought for Ernesto Miranda's rights all the way to the Supreme Court and made sure that everyone has their Fifth amendment rights during questioning and that they have a lawyer present to represent their rights. I found this book to be very interesting. This was a very important case and we have John Flynn to thank for it. I received a copy of this book from Pump Up Your Book Tours and was not required to write a positive review.
Posted by detweilermom at 11:57 AM