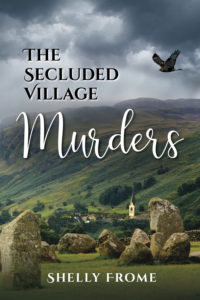 Written in the style of a classic English Mystery with a contemporary young American woman as the amateur sleuth. Entertaining. Keeps you guessing until the end.
From a small secluded village in Connecticut to the English Countryside, readers are taken on a roller coaster of events and quirky characters as amateur sleuth Emily Ryder tries to solve a murder that everyone thinks was an accident.
For tour guide Emily Ryder, the turning point came on that fatal early morning when her beloved mentor met an untimely death. It’s labeled as an accident and Trooper Dave Roberts is more interested in Emily than in any suspicions over Chris Cooper’s death. For Emily, if Chris hadn’t been the Village Planner and the only man standing in the way of the development of an apartment and entertainment complex in their quaint village of Lydfield, Connecticut, she might have believed it was an accident, but too many pieces didn’t fit.
As Emily heads across the pond for a prescheduled tour of Lydfield’s sister village, Lydfield-in-the-Moor… she discovers that the murderer may be closer than she thought.
Note: This book is a  totally revamped version of “The Twinning Murders” with a different publisher.  It is quite different from ‘The Twinning Murders’.  You should enjoy this book even more!

“There is a very eclectic cast of characters in this novel and the story reads fast. I enjoyed reading this mystery and I found that I was surprised at the ending. This is a story basically about money and greed.”-Kathleen Kelly, Celticlady Reviews
“Shelly Frome does a great job of creating an interesting murder mystery around a hennas crime committed in a small New England village. He then takes it all the way across “The Pond” to England where he beautifully captured the essence of Dartmoor National Park and the moorlands of Devon. From the village fete to the sudden fog that can devour you upon The Moor, Shelly Frome creates a wonderful atmosphere in which to add intrigue and mystery.
The story twists and turns and creates an interesting confluence of red herrings, doubts and suspicions until the end when you will be, as they say, “Gob smacked!” at who the murderer turns out to be.
This book was fun and scary and full of great characters one of which is a wonderful golden retriever. Twinning Murders will give you a dose of a good old fashion murder mystery with a surprise ending.”- Me Minty, Amazon Review
“Technically The Twinning Murders can be called a cozy as the profanity and violence are extremely minimal, the latter taking place primarily off-stage, and Emily is most definitely an amateur sleuth. Author Shelly Frome has also populated The Twinning Murders, on both sides of the Atlantic, with a wonderfully eccentric cast of characters. Unlike the cozies many readers are probably familiar with, however, The Twinning Murders has a genuine old fashioned, Agatha Christie-Miss Marple, British mystery feel to it, even though the bulk of the action takes place in Connecticut.”-Elizabeth  A. White, elizabethwhite.com
“If you enjoy playing detective, this book was written for you. As you venture along you’ll be entertained by folksy New England characters in contrast to the British blokes who serve up their own style of wit and smarts. Enjoy this reading excursion and see if you can figure
out who done it and why! Well, Shelly Frome has done it again! He has set the scene and pace for an exhilarating chase through England and back to America.”- Herbert Siegel, Amazon Review 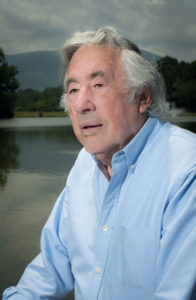 Shelly Frome is a member of Mystery Writers of America, a professor of dramatic arts emeritus at the University of Connecticut, a former professional actor, and a writer of crime novels and books on theater and film. He is also the film columnist for Southern Writers Magazine and writes monthly profiles for Gannett Media.
His fiction includes Sun Dance for Andy Horn, Lilac Moon, Twilight of the Drifter, The Twinning Murders, Tinseltown Riff, and Murder Run. Among his works of nonfiction are The Actors Studio and texts on the art and craft of screenwriting and writing for the stage. He lives in Black Mountain, North Carolina.
Website: http://www.shellyfrome.com/
Facebook: https://www.facebook.com/shellyfrome
Twitter: https://twitter.com/shellyFrome

This giveaway is for one print copy or ebook copy of the book.  Print is available to the U.S. only but ebook is available worldwide. This giveaway ends on November 30, 2018 at midnight pacific time.  Entries are accepted via Rafflecopter only. 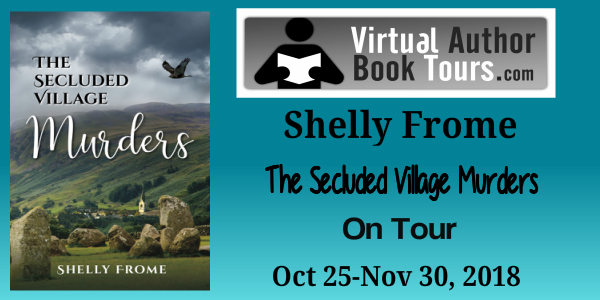 Posted by detweilermom at 3:51 PM