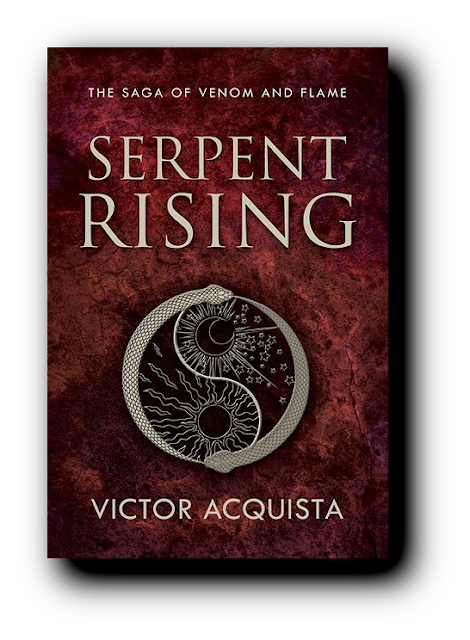 Serena Mendez is haunted and she is hunted…

… Haunted by trauma—terrified and scarred as a young child, when a secret initiation into an ancient order of Lightbringers went horribly wrong. Unaware of the power latent in her blood, she is haunted by a life out of sync with her true identity. At twenty-one, she is abrasive, jobless, in debt, and addicted to sedatives. Haunted by her past, she knows nothing of her destiny.

… Hunted by an enemy—ruthless and powerful, a Brotherhood that has been pitted against the Luminarian Sects for thousands of years. An ancient struggle continues—The War of the Two Serpents—a saga extending back to the dawn of civilization, to the time of the second breaking, when the elite sought dominion over the masses. Those serving truth and light opposed these dark forces. In return they were persecuted, burned as witches, suppressed and nearly defeated by the powers of darkness.

But the flame was not extinguished.

An old Navajo dream-walker had a plan to open the seven chakras mystically binding Serena’s power. To fulfill her true destiny, to unleash the latent power within her blood, Serena journeys to six continents where she uncovers the truth of who she is, and what she must do.

A warrior stirs, a Lightbringer. She is Serena Mendez. She is awakening. She is a Candelaria…

Serpent Rising is a story of unfulfilled destiny, discovery, transformation, and courage to embrace the truth.

“Author Victor Acquista has opened a pandora’s box of adventure in his new breath-taking thriller, Serpent Rising. I was swept away from the first page in this wonder-filled, mystical, and compelling novel. Cleverly plotted with a female protagonist, Serena Mendez, that is truly original in ancestry, yet very 21st century-real, with personal problems that she manages to set aside to pursue the very truth of her being. We join her in this a non-stop rush that mixes equal parts of  history, myth, and lore that I didn’t want to ever end! I’m already looking forward to more of Serena again and again. Acquista is the obvious heir apparent to the globe-trotting, can’t-be-put-down-novels such as The DaVinci Code and The House Of Secrets. Move over Dan Brown and Brad Meltzer, you have deserving company at your table with Serpent Rising!”

Impact…crash…darkness. The bedside table lamp and shattered light bulb lay on the floor, but Serena remained unmoved, without will or inclination to clean up the mess. She stared at the ceiling of her tiny efficiency apartment, lit solely by the eerie neon-green from the alarm clock’s LED. The glass fragments glittered, taunting her to get out of bed. Instead, she pondered the much larger mess of her life. She lay still, in a familiar paralysis of apathy. Somehow, a glimmer of hope broke through her complacence; she reached over and forced herself to set the alarm. Tomorrow she had another job interview. Desperation crowded out the apathy. Constricted by overwhelming inner and outer darkness, Serena’s breath became shallow. Her dry mouth and mounting anxiety muted her scream at life’s injustice into a muffled croak. Tomorrow would come…nothing would change.
Survival. A day without struggle followed by a night of peaceful rest—why did achieving this seem so elusive? Agitated, she threw the bedcovers aside. How much longer could this torture go on? Awake and staring overhead, she felt every bit as broken as the glass shards. Her light within had all but extinguished itself, not unlike the fragile bulb. Could tomorrow be her first step out from the deep dark hole that hollowed her insides? Tomorrow she had another job interview. She double-checked the alarm setting. Serena’s fingertips ached as she desperately clung to the possibility of change.
Reaching into her bedside drawer, she randomly pulled out some meds and dry-swallowed two pills. Serena didn’t look to check what they were; she kept four or five different sleep meds stashed there. Not that it mattered. None of them worked. Serena needed to speak to Dr. Jenkins about that. Sleep did not come easily to the twenty-one-year-old woman afflicted with anxiety, plagued by PTSD, her life in shambles.
Sometimes it seemed better to stay awake. Steadily worsening vivid nightmares had been infiltrating her dreams. She tossed and turned, trying to stave off the inevitable, trying to deceive herself that tonight the meds would work. Ensnared between apathy and hope, Serena nestled into a crevice of momentary comfort. Her breathing slowed; the cadence of soft snores interrupted the green stillness.
It felt cold in the cave. Even lying on the sleeping rug, the rock floor was hard. She shivered, more from fear than the cold. Why did her great aunt, her shibízhí insist she sleep here alone tonight? She remembered her shibízhí saying with no moon the cave would be black. Serena blinked, but it didn’t matter whether her eyes were open or closed; she couldn’t tell the difference. Repeating and following her aunt’s instructions, she crawled to the edge of the pool then stood up to her knees in the still water. Keep your eyes open. Keep your eyes open. Her shibízhí had said that was the most important thing, not to close her eyes. But she couldn’t see anything. She wanted to be brave; she didn’t want to disappoint her shibízhí, but she was scared. It was so dark.
That’s when she saw something. It was just a blur, a smudge of light. Something glowed and slowly took shape—long and curved, it moved toward her. Immersed in blackness, water up to her knees, the creature moved closer. Wavelets rippled against her small trembling body. What was it? The creature glowed with the shape-shifting form of something. She strained her eyes. It looked like a… “No!” she screamed, shutting her eyes and not daring to move. “Shibízhí, help me!” There was no response, and then it touched her skin, curling around her leg.
Serena bolted up, heart pounding and sweating as she reached to turn on the bedside table lamp, but the broken light with its shattered bulb still lay on the floor. Partly yelling, partly sobbing, “Damn dream! Goddamned dream! Goddamned aunt! Eleven years and you still haunt me!”
She steadied herself by taking two more pills. Wide awake, lying in near total darkness and still terrified, she tried to fall back to sleep. Jaws clenched tight, trying in vain to stop her teeth from chattering; she shivered, gooseflesh covering her arms held close against her chest. It touched me. It touched me. That’s never happened before… 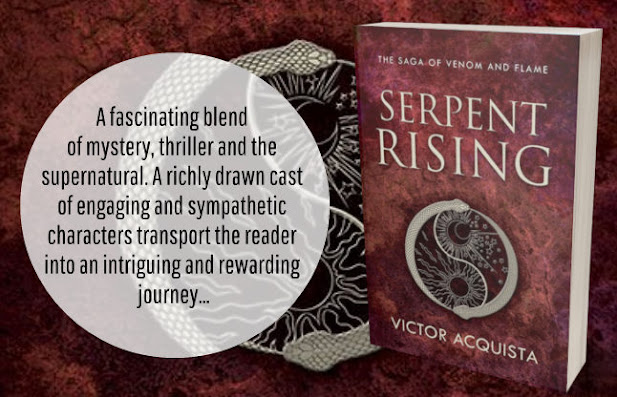 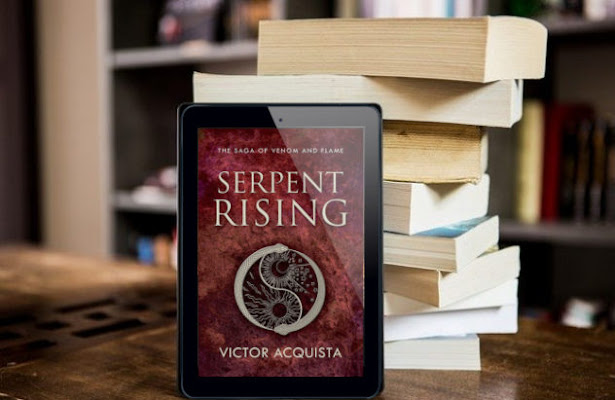 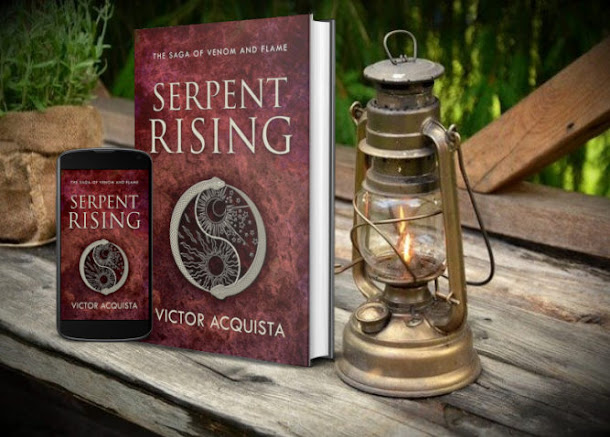 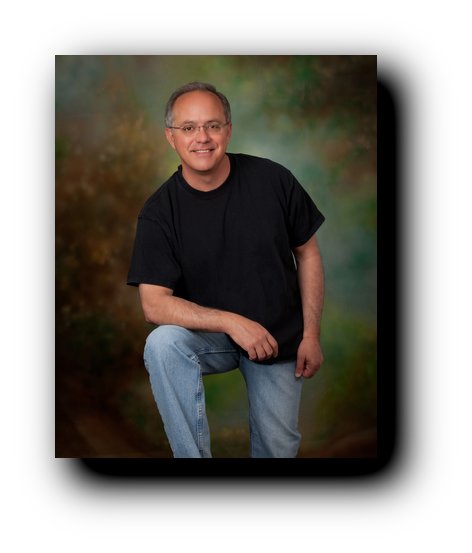 Victor Acquista has become an international author and speaker following his careers as a primary-care physician and medical executive. He is known for “Writing to Raise Consciousness.” His multi-genre works include fiction and nonfiction and often incorporate social messaging to engage readers in thought-provoking themes.

He is a member of the Authors Guild, the Mystery Writers of America, the Florida Writers Association, Writers Co-op, and is a Knight of the Sci-Fi Roundtable.

When not pondering the big questions in life and what’s for dinner, he enjoys gardening and cooking. He lives with his wife and dog in Ave Maria, Florida.

My Take: Our Main Character is Serena who is 21 and suffers from PTSD from an incident that occurred when she visited her aunt when she was young. She is encouraged to go to her aunt's house and confront her by Bryson her friend. When they get there they discover that Serena's aunt has died and they get sucked into a world of conspiracy theories and danger. There is a lot of action and adventure to follow and I was holding my breath during some of it. I would recommend this book to people who like action and adventure. I received a review copy of this book from Pump up your book and was not required to write a positive review.
Posted by detweilermom at 11:49 AM