We're thrilled to kick off the virtual book tour for HOLLYWOOD'S VICTORY LAP by  Anthony G. Puzzilla. If you would like to follow his tour, visit Pump Up Your Book!

Film historians generally agree that 1939 was a banner year for Hollywood movies during its Golden Era (1915-1963), including such classics as Gone with the Wind, The Wizard of Oz, Gunga Din, Stagecoach, and many more.

Author and film buff Anthony Puzzilla wouldn’t argue that point, but he has published a new book, HOLLYWOOD’S VICTORY LAP: THE FILMS OF 1940, which sets out to prove that the following year was just as exemplary. In essence Puzzilla says, Hollywood took a “victory lap” in 1940, a year that produced its share of films that have become iconic classics due to its continuance of the superlative cinematic productions, creative strides, and technical advances realized in 1939.

Puzzilla’s short list of great movies from 1940 includes The Grapes of Wrath, The Philadelphia Story, Rebecca, The Great Dictator, Yankee Doodle Dandy, Knute Rockne: All American, Fantasia, and The Letter. An astute film historian and an unabashed movie fan, Puzzilla also expresses a fondness and deep appreciation for 1940’s serials such as Flash Gordon; the hilarious shorts made by the Three Stooges, including A Plumbing We Will Go; animated cartoons produced by Warner Bros., such as You Ought to Be in Pictures; and the animated, full-length features created by the Disney studio, which released Pinocchio and Fantasia that year.

“Although 1939 was undoubtedly Hollywood’s greatest triumph during its Golden Age, much of the directorial vision and skill, profound and talented acting, superb writing, and technological advances witnessed in the films of 1939 continued unabated in those produced in 1940,” Puzzilla says.
The ideal readership for HOLLYWOOD’S VICTORY LAP: THE FILMS OF 1940, Puzzilla notes, would be composed of “people who appreciate the way movies were made before special effects, car chases, and unabated violence became the main reasons the general public attends movies today.”
But Puzzilla’s accessible, non-academic writing style makes the book equally user-friendly to a wide, general readership. To sweeten the pot, Puzzilla has profusely illustrated his history with evocative photos of “old” Hollywood, as well as scenes from classic movies, shorts, and animated features.

Both in subject and style, HOLLYWOOD’S VICTORY LAP: THE FILMS OF 1940 would easily lend itself to film adaptation for theatrical or cable/streaming service release. 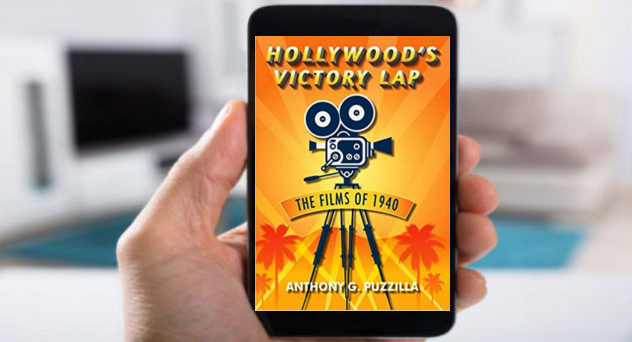 It is the general consensus that in the history of motion pictures, the year 1939 was undoubtedly Hollywood’s greatest triumph during its Golden Era. However, much of the same winning confluence of circumstances and events that made 1939 such a monumental and productive year for Hollywood continued into 1940.  Despite this fact, the overwhelming and enduring popularity of the movies of 1939 have often overshadowed the importance of cinema’s superlative productions, creative strides and technical advances realized in 1940. This book talks about the movies, the directors, the actors, and the screenwriters whose talent and creativity so ably continued the excellence in movie making so clearly established in 1939. 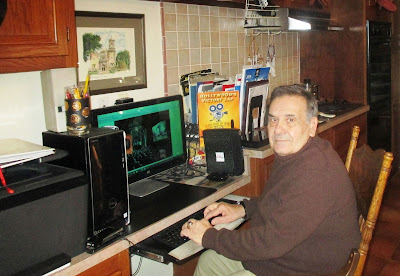 Anthony Puzzilla was born and raised in upstate New York. He holds a master’s degree in economics. After retiring from a 43-year career with the federal government, he became a writer, publishing two books about railroading before turning his eye to another lifelong love, the movies. The result became HOLLYWOOD’S VICTORY LAP: THE FILMS OF 1940, Puzzilla’s first book in the genre of film history. Puzzilla is a member and supporter of the Pickford Center for Motion Picture Study and the Fairbanks Center for Motion Picture Study, both in Los Angeles; a supporter of the Academy Museum of Motion Pictures; a member of the American Film Institute; and a supporter of the AFI Silver Theatre and Cultural Center, in Silver Spring, MD.

My Take: This is a very informative book especially if you enjoy older movies. It takes each movie and tells you the story, production notes and reception, the basics, and critical reviews. I have seen several of the films mentioned like Disney's Pinocchio, Andy Hardy Meets Debutante, Disney's Fantasia, Strike Up the Band, The Shop Around the Corner, The Grapes of Wrath, The Philadelphia Story. There are sections of the Academy Awards for that year and also a section on Serials and Short films and Animation. This would make a great Coffee Table book.
Posted by detweilermom at 12:21 PM