The Beachcombers by Nancy Thayer 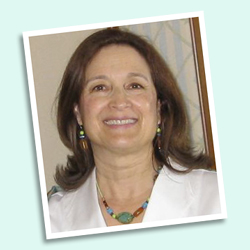 Abbie Fox hasn’t seen her father or two younger sisters in almost two years, during which she’s jetted around the world and experienced life, if not love. But now Lily, the baby of the family, is sending Abbie urgent emails begging her to return home to Nantucket. Their middle sister, Emma, has taken to her bed, emotionally devastated after the loss of her high-powered stockbroker’s job and a shockingly unexpected break-up with her fiancé. Also, Lily is deeply worried that Marina, the beautiful, enigmatic woman renting their guesthouse, has set her sights on the sisters’ widowed father, Jim. The Fox girls closed ranks years ago after the haunting, untimely death of their mother, but seeing their dad move on with his life forces each of them to take stock.

Over the course of the summer, the sisters’ lives grow as turbulent as the unpredictable currents encircling Nantucket. When Abbie encounters an incredibly appealing married man, she breaks her own rules in the name of love, fearing all the while that she’ll regret it. Meanwhile, type-A Emma learns a new definition of success, and strong-minded Lily must reconcile her dreams with reality. Even Marina, who has come to Nantucket to forget heartbreak and betrayal, faces an astonishing turn of events that will find her torn between fate and freedom. At summer’s end, these unforgettable women will face profound choices—and undergo personal transformations that will surprise even themselves.


Read an Excerpt! (taken from pump up your book.com)

So here she was, on Nantucket. In a small rented cottage in the middle of an enchanted island. At least she hoped it was enchanted. She was waking to another day without family or love or plans for the future.

Lying curled in her bed, she forced herself to name just five things for which she was grateful. It was an exercise Christie had advised her to perform first thing in the morning and last thing at night. If nothing else, Christie had told her, it will give you a little bit of structure, one tidy line to start the morning and end the day to make you feel enclosed and on task.

Marina was grateful that she’d slept through the night without needing a sleeping pill. She’d been afraid she was becoming addicted to them. Over the past few months, the divorce had plunged her into a state of grief and despair that at night turned into a raging anger and a kind of burning terror—what was her life about? Did she mean nothing? But here on the island, for the past three weeks, she’d discovered that something in the sea air worked like a charm to make her fall into a deep, relaxing sleep. Christie had been right to tell her to come here to heal.

Two—well, she was grateful she’d found the cottage. It resembled a dollhouse, with wild roses rambling all over the roof and clematis and wisteria blossoming on the trellis on the outside walls. The windows were mullioned like a fairy-tale cottage. The door was bright blue. Inside, one large room served for living, dining, and kitchen areas. A ladder led up to the loft with the bed. Windows on three sides provided views of the birds nesting in an apple tree on her right, a pine tree on her left, and a hawthorn tree straight ahead.

Inside, the décor was—well, there was no décor, actually. The few furnishings had a cast-off and shabby air, but were basically sound and comfortable. No curtains hung from the windows. No paintings graced the walls. No rugs brightened the floors, but she could understand that. It was so easy to track sand into the house, and the floors were wood and felt cool and smooth to the soles of her feet.

She was grateful to be in the heart of the town. That was the third thing, and it had been on her list every morning and every night. The cottage was off an idyllic lane in the illustrious historic district. She could walk to the grocery store, the pharmacy, the post office, the library. Tucked away at the far end of a long garden, it had once been the Playhouse for the family that had grown up in the huge old house at the front. The owner and one of his daughters lived in the house. Their presence made Marina feel not so alone. She liked seeing the lights come on in different rooms of the house. The daughter, Lily, was pretty, but not very friendly. Well, she was only twenty-two. Marina must seem ancient to her.

Jim Fox, on the other hand, was really nice. He’d brought her fresh fish several times already, and often in the evenings when he came home from work, he jumped out of his red pickup truck and sauntered down the lawn to chat with her. Did she need anything? If she did, she had only to ask, he’d be glad to help. Had she enjoyed the bluefish? Would she like some more when he went out fishing again? He was so attentive that Marina sometimes wondered if he were hitting on her. She doubted it. She was sure she wasn’t giving off any sexual vibes, since her sexuality was hiding under its shell like a wounded turtle. Although she could still recognize that Jim was an awfully attractive man, tall, muscular, and comfortable enough in his powerful body to be easygoing and kind.

Fourth, she was grateful for Christie’s enduring, sustaining friendship and especially for her wisdom this summer.

Odd, how things turned out.

Long ago, when she started seventh grade, Marina had teamed up with two very different best friends. Christie was her good friend, pretty, cheerful, popular, and smart. Dara was her exciting friend, always ready to try something new and outrageous, more sexy than good-looking. They remained best friends when they all started at the same gigantic university in Columbia, Missouri, but by their sophomore summer, things changed. Christie and Marina decided to go off to Nantucket to work as waitresses. They’d heard that the pay was good, the island was gorgeous, and they could party like crazy on their time off. Dara couldn’t believe they were going to be waitstaff—she considered such a job way too far beneath her. She didn’t need the money the way Christie and Marina did, and she went off with other college friends to backpack in Europe.

Marina and Christie had so much fun, they returned to the island for the next two summers. During the academic year, they still spent time with each other, but Dara ran with a new, fast crowd, and the trio was never the same after that. After graduation, they went their separate ways. Dara wanted money. Marina wanted to turn her love of color and design into a career. Christie just wanted her high school sweetheart, Bob.

Christie married Bob right after college—Marina was her maid of honor. A few years later, when Marina married Gerry Warren, Christie was Marina’s matron of honor, lumbering down the aisle, eight months pregnant. After that, Marina had seen little of Chris?tie. Their lives were so different, and they were so busy. Christie and Bob lived in happy chaos with their hundreds of children—really, only an eventual five—on a lake outside Kansas City.

Marina and Gerry met in college. He was handsome, with thick, straight blond hair and sapphire eyes. He was smart, too, and witty. At first she thought he was just a bit too smug and shallow, but he wanted Marina, he pursued Marina, and his varied and creative attempts to charm her were irresistible. Perhaps she didn’t love Gerry, but she was helplessly seduced by his desire.

Their ambitions were similar, too, and that drew them together as a natural pair. He was a dynamite salesman; she was artistic and creative. Marina and Gerry started a graphic design/ad agency in the Kansas City area. They invested their own time and some start-up money borrowed from their parents, and they worked day and night. For a few years, work was the very air they breathed. They established themselves, grew a name, became successful, and paid back their parents. They bought a condo and the posh cars they displayed as ads for their success—a Jag for Gerry, a Saab convertible for Marina. But somehow, as the months and years went by, they never found time to relax. They were like a clock, their lives the two hands ticking around the face of the day and night, with never a second to stop.

My Take:  This was a great summer read.  Not only is the books set in a a summery place but it read quick and kept you turning the pages to find out what was happening with these wonderful women.  Each one of these women had qualities that both endeared them and made you want to just wring their necks.  But when you think about it don't we all have those kind of qualities?  A Very enjoyable read that will have you thinking and wanting to take a trip to the beach!!
Posted by detweilermom at 9:26 AM