The Malacca Conspiracy by Don Brown 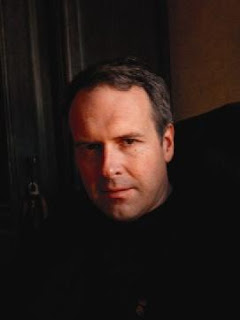 After TREASON was published to rave reviews in 2005, drawing comparisons to the writing style of John Grisham, DON BROWN was named as co-chairman of national I Love To Write Day, an event recognized by the governors of nine states to promote writing throughout the nation, and especially among the nation’s schools.

HOSTAGE and DEFIANCE, the second and third novels in the series, were published in 2006 and 2007.

BLACK SEA AFFAIR, was released in June of 2008, and with a bonechilling plot and precipient accuracy of international events, has been called the “Novel that Predicted the Russian-Georgian War,” which broke out just two months later, in August of 2008!

Don is now penning his fifth novel, entitled THE MALACCAN CONSPIRACY, to be released in June of 2010.

Paying no homage to political correctness, DON BROWN’S writing style is described as “gripping,” casting an entertaining and educational spin on a wide-range of current issues, from radicalIslamic infiltration of the military, to the explosive issue of gays in the military, to the modern day issues of presidential politics in the early 21st Century

The Charlotte World Newspaper described TREASON as “A DAVID VERSUS GOLIATH STORY FULL OF ACTION,

INTRIGUE, AND THE KIND OF CALCULATED TYRANNY THAT YOU COULD FIND IN THE HEADLINES OF ANY

MAJOR DAILY AT ANY MOMENT.”

DON BROWN graduated from the University of North Carolina in 1982, and after finishing law school, continued his post-graduate studies through the Naval War College, earning the Navy’s nonresident certificate in International Law.

During his five years on active duty in the Navy, Don served in the Pentagon, was published in the Naval Law Review, and was also a recipient of the Navy Achievement Medal, the Navy Commendation Medal, and the National Defense Service Medal.

My take on The Malacca Conspiracy: I found this book very interesting and really relevant in the fact that the events could really happen in this day and age.  I found the characters well developed and well defined.  The book makes you stop and think and reevaluate our country's attitude toward the threat from other countries.  My only thing that I didn't like about this book was it was a little technical in the beginning and found myself alittle lost but not for long and I was soon swept up in the story.

If you would like to buy this book click on the link above.  Don's website is also linked above(you can find a sample chapter there).  Don is also running a contest for a Spycam on his site.

I received a review copy of this book.

Posted by detweilermom at 11:09 AM